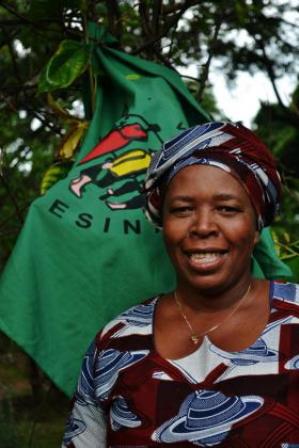 In her last regular column for Farming Matters, Elizabeth Mpofu makes a plea for governments to listen to pastoralists, particularly the women among them.

As a way of life that goes back thousand years, pastoralism has played a very important role in shaping societal relations and defining our diets, culture and religion. While always in motion, over the last 50 years pastoralism has evolved more rapidly, as ‘modern’ agriculture gained popularity as a way to meet industry’s insatiable demands for raw materials.

The nomadic and semi-nomadic ways of pastoralists and their need to access large tracts of grazing land stands in the way of modern agriculture. The fencing off of large grazing lands either for commercial agriculture under freehold tenure, ecotourism, wildlife and export farming has pushed pastoralism to the brink of collapse, affecting the rural economy in many countries. This has led to conflicts as pastoralists now compete with crop farmers and other pastoralists for access to remaining lands and water sources. This situation has worsened under climate change. Pastoralists received little attention in public policies, most of which seek to entice foreign investment. Despite recognition of the importance of pastoralism in regional and global policies, implementation at national levels is minimal. The few existing national policies focused on livestock are limited to promoting commercial livestock rearing for the domestic market or to earn foreign exchange. For example, by prescribing stocking rates for pastoralists in order to curb environmental degradation and to avoid spread of diseases to commercial herds.

As a consequence, herds have shrunk and ownership has changed. Before the 1980s in Zimbabwe, women and children used to own cattle, goats and sheep, but today this is no longer so. Now, any remaining livestock are all owned by the heads of the households, most of whom are men. This has affected the livelihood options, nutrition security and decision making of women and children. In addition, pastoralist women’s contributions in the form of herding (where social norms permit), rearing, milking, feeding, cleaning and more often has a layer of invisibility around it. In situations of increased conflict, as is happening in east Africa, pastoralists have been facing unprecedented levels of threat and militarisation. This further exacerbates the marginalisation of women and children.

The marginalisation of women within an already vulnerable pastoral society is rarely mentioned in policy debates. We urge our governments to protect pastoralism as a way of life and to establish conflict resolution mechanisms to address the many challenges that pastoralists face in the 21st century, especially the women among them. This must happen through meaningful consultations with pastoralists, building on their indigenous knowledge and initiatives for resilience.

Elizabeth Mpofu (eliz.mpofu@gmail.com) is the General Coordinator of La Via Campesina and the chairperson of the Zimbabwe Organic Smallholder Farmers Forum (ZIMSOFF).